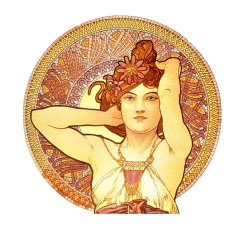 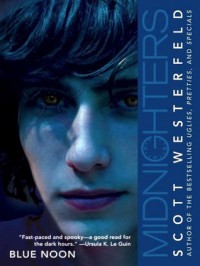 I put off reading this book for the longest time because I didn't especially like the second book (I honestly can't tell why because I picked it up again for a quick read to freshen my memory and I found it very good) and most of all because it was never translated on its own, but only published in a collection of all three books, which sounds like a great deal unless you've already bought the hardcovers of the two previous volumes. Since in the end I read it in English anyway I guess I could have gotten off my butt and bought it online earlier. Since you can't change the past, I'd better move onto my opinions on the book.

The first and foremost thing that made me so happy I was basically flailing throughout the book was that my baby Dess was featured so heavily. Her superpower is one of the most interesting and fantastic I've ever read of in any fiction. It also helps that Westerfeld doesn't screw up the math too badly (God bless you Scott Westerfeld, the man who can write wonderful stories and do at least basic math).
Another thing I found refreshing was how Jessica's fear of being a disappointment was handled: too often female main characters in YA either revel in self-pity or are vilified by the narration for daring feel insecure. Instead she was shown to be insecure, subtly in everyday situations and heavily when under the influence of darklings, but it was never an annoying trait she had to get rid off: just an irrational feeling she couldn't help having.
I'd also like to thank God and also Jesus that Jonathan was finally awarded a personality more detailed than "rebellious love interest". To think it would happen in a book where all the other midnighters had so much shit going down! It was definitely the book where all of them did the most growing and changing, mostly because such extraordinary events forced them too. I'm glad none of them became angsty and grim-dark.

I am not entirely sold on how the lightning blot was supposed to seal off the rip and if it was foreshadowed in any way someone please point it out to me. But all in all it was a fantastic book.
I liked the ending, it gives me hope the author will choose to visit the amazing world of midnighters again sometime in the future.
Tweet